Sometimes that feeling – that feeling of wanting to not exist, that everything is too hard, you can’t escape it, extreme sadness, wanting to step in front of a truck going 200km/h – is so strong that it’s impossible to ignore. It’s so strong, so overwhelming, that it’s literally the only thing there in your head. Nothing else exists except for that feeling. And death – it calls to you, beckons you to step closer. It tells you that it’s harmless, that it only wants to help. That you’re the precious, breakable object in a box and it’s the Styrofoam all around you, protecting you. It only wants what’s best for you. Put yourself first for once. 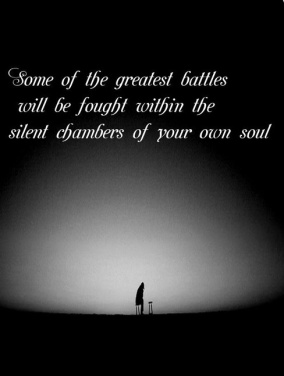 But it’s ugly. You can feel it in your chest – the darkness, the evil. You can’t bear it, you need to get away from it. You feel like you’re being torn in two. You’re scared. Broken. If you make a single move, you’ll be lost forever. And it’s too much. It’s too much and it’s too overwhelming and you can’t just sit and let that feeling be there. You will explode if you do. You will explode and there will be nothing left of you.

And the only way to get away from it is to give in. Put yourself first for once.

The above was written after a particularly horrible therapy session that I had, one where I faced trauma head-on and wasn’t entirely sure if I’d walk in front of a bus as soon as I walked out of the building or not. It’s a heavy, all-consuming feeling, and the temptation to follow through with it is so strong, it’s a wonder that you don’t give in. It’s a dirty, evil, dark, crushing feeling, and in that moment, you feel like you can’t live like that any longer, you just need to get away from it, and the only way out is to end it all.

Suicidal thoughts are something I’ve experienced for more than half of my life, and it gets to a point where I ask myself, when will it end? The pain just keeps coming, people just keep hurting me, I just keep hurting me, and sometimes it feels utterly hopeless, like there’s just no point. It feels like as much as I try, nothing is ever going to change, and I’m going to be trapped like this forever. When I look to my future, it’s just a constant struggle. I already predict my failure in my future, that I’m never going to have the control over my life that I so desperately need. I’m never going to be better, I’m always going to be the lost little girl I’ve always been.

Yet, I know damn well that I’ve made progress towards bettering myself. You can’t heal in the environment that broke you in the first place, and so as soon as I was able to move out of my fam 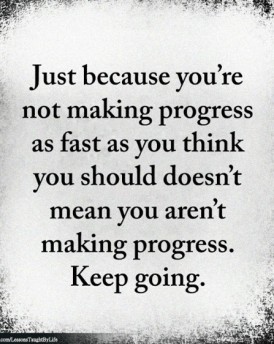 ily home and away from my parents, I began the slow process of healing. My life before my husband was soul-destroying, and it left me with no idea how to have a healthy relationship, or how to cope with my feelings. I was a complete mess, but with the help of my husband I was able to start putting steps in place, I started to become a better person. And then starting therapy this year, I’ve been able to grow even more. I’ve been able to grow more accepting of who I am – hell, I’ve been able to figure out who I am and who I want to be. There’s so much evidence that I’ve made progress, and that it’s possible to keep making progress, but when my depression is particularly bad, like now, it doesn’t feel like that.

When my depression is bad I still feel like that lost little girl caught in the clutches of her demons, that if I allow the demons to let go of me, then my whole world is just going to collapse. You see, the demons don’t want me to have hope, because if I do, then they will be destroyed, and that’s not what they want. They want to drag me down to the depths of hell with them, they want to destroy me before I destroy them, they want to break me for good. Sometimes I can fight them, and other times I can’t. In those times that I can’t, it feels like I’m never going to gain control over the demons, that I’ll never master it, and honestly that makes me feel a bit hopeless. And it’s so hard, because when I want to give up, I can’t, I have to keep pushing on. When I was a teenager, it was so easy to tell myself that no one wanted or needed me, that no one would miss me if I were to disappear, that I should end it all. But I can’t tell myself that now. I have a husband and some great friends, and as much as my mind tries to convince me that they don’t care about me, I can’t accept that, because I know they do. I know this might make me sound horrible, that I still wish for death despite having this support network, but it’s how depression works. Some days my depression wishes that I could go back to my teenage years, back to when no one cared, just so I could end it all without feeling guilty, and that’s because it knows that opportunity is gone. That now I’m stuck here for good.

I’m aware that having a support system is a good thing, but the truth is, when my depression is at it’s worst, having a support system doesn’t feel like a good thing. It makes me feel trapped in a cage, because this world is my cage and there’s no escaping it. I’m tethered to it. I can’t put myself first in any situation in my life, and even here, with this thing that a part of me so desperately wishes for, I still can’t put myself first, because I love and care about those close to me too much to go through with it. I find it funny how my depression tries to convince me to put myself first when it comes to suicide, because this is the only time that my mind won’t berate me for putting myself first, any other time I want to put myself first, my mind is incredibly harsh and convinces me that I’m selfish. My depression tries to act like it’s doing me a favour, like death is something that will protect me, that if I put myself first just this once, then everything will be okay. But I know that’s not true.

I know it’s not true because I see my depression as a demon, a beast, intent on destroying me, on killing me, in chewing me up and spitting me back out, broken and damaged, non-existent. It’s never going to give up, and on days where it knows that telling me I’m no good, that no one wants me around, and that I’m better off dead, it tries a different tactic – a tactic where it pretends to be in my best interest. These are the hardest days to fight it – my depression is cruel, so it always takes me by surprise when it’s kind to me. When it tries to convince me that it’s protecting me, that death is the best option, that if I just put myself first this one time then it will all be okay. These days it’s all-consuming and I struggle to escape from it, it crushes me until it has me convinced me that I can’t live with the pain any longer.

But, I do live with it. I get through it. Every single day that I have felt broken, I’ve managed to fight my way through and see the next day. I still have a small amount of hope that things can be different in the future, that I can eventually 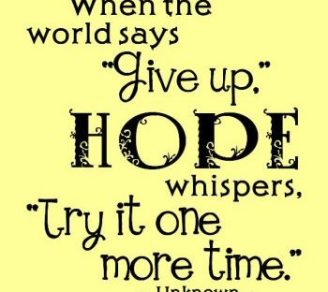 be happy with my life, and that’s enough to keep me going. I’m so scared to see what the future holds, but a small part inside of me tries to tell me that I should be excited for it, that there are a lot of exciting things coming my way. So maybe things are a struggle now, but eventually, eventually, things will be better. They have to. If I just believe that then I can keep fighting.

To end this on a slightly positive note, to prove my point – today I got an early offer to my first preference at university. Next year I’m going to begin my journey to become a psychologist, and this is something that I am excited for.

View all posts by Kate

6 thoughts on “Depression won’t destroy me”